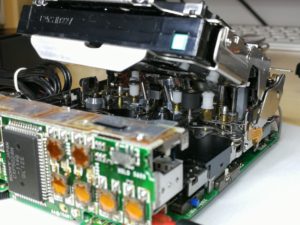 The technical structure of the cassette drive corresponds to that of a video recorder. The tape is pulled out of the cassette with loading arms and passed around a rotating head (DAT-R). The recording is done in helical scan. The copy, which I acquired this time as “defective”, was with the defect: Cassette shaft does not open, described. After dismantling, I noticed that I was not the first to look at the inside of the device after the factory. Someone was already messing around. All (tantalum) capacitors were soldered, the lead wires to the battery pole contacts were “pinched off” and the wires were missing. The Flexiprint, which connects the front panel to the mainboard, had a broken track when looked at closely.

The broken wire could be repaired by carefully scraping off the insulation and brazing a stranded wire. The capacitors I have all newly soldered and of course checked before. Here I noticed that some were not soldered properly and had a cold loosening at a pole or were not connected to the pad. The battery contacts were also provided with new wires. On the mainboard there is also a DC / DC converter, which makes the supply voltages for the logic and the audio components from the 9V input voltage. (5V +/- 7V). This converter is housed in a completely soldered tinplate box. Of course, nobody was inside and checked the Elkos inside. That was done quite quickly and the small box was overtaken. Now I was able to provisionally reassemble the boards and drive and put them into operation. As data carrier I used a DDS (storage) cassette. So tension on it and “Eject” pressed and lo and behold, the cassette compartment opens immediately. From my Handyaudioplayer as a music source, I made a trial recording. And what can I say, a wonderful sound quality! 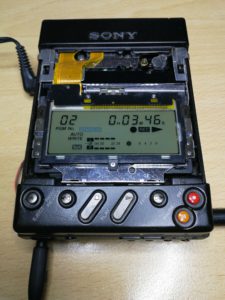 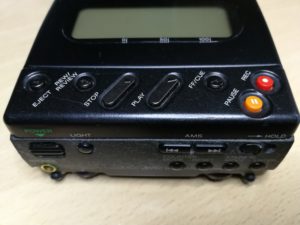 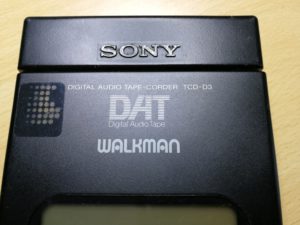 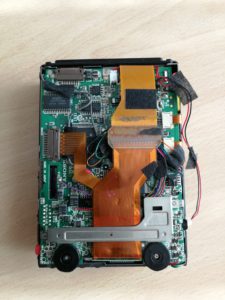 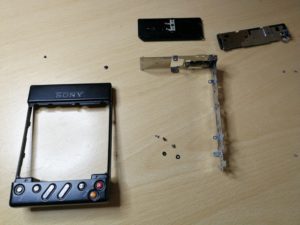 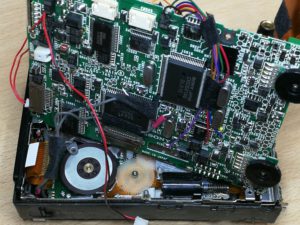 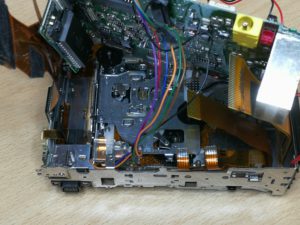 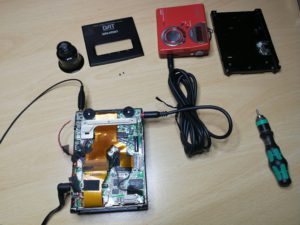 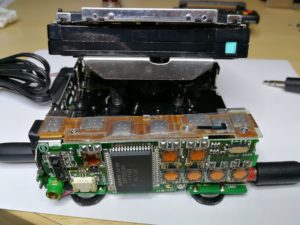 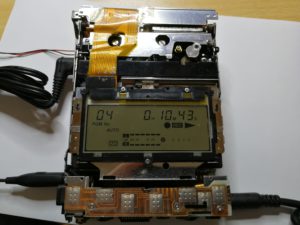