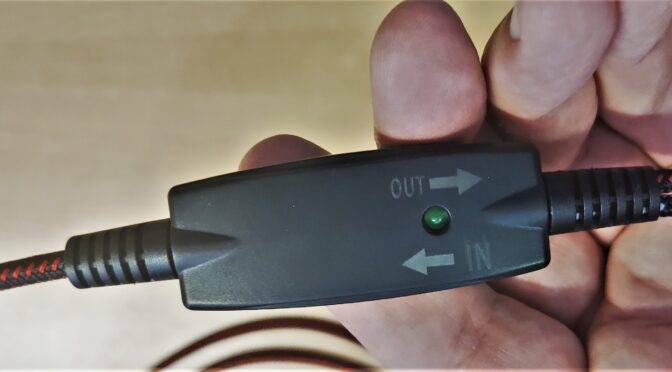 Rummaging through a box of my old crafts I found the box below. It dates from the time when I was still working with Amgia, but also with PCs – I guess around 1996. I labeled the box “DB50XG MIDI – Wavetable Processor”.

Inside is a circuit board from Yamaha, which is called the DB50XG. This board was designed as a daughter board for PC sound cards with “Waveblaster” expansion port. She expanded the sound cards with a polyphonic MIDI wavetable sampler. In this way, the General Midi Standard and the Yamaha XG Standard could be re-established. Today nobody thinks about it anymore. At that time, if you wanted to generate sounds with a PC from midi data, then either external hardware was required, or a sound card with an onboard midi synthesizer or wavetable chipset. The PC then took over the control, the sending and receiving of the midi data via a sequencer software. Today, the midi sounds are generated directly on the PC and the samples and sound models are integrated into the software. At that time, the performance of the PC hardware was not sufficient. If someone is wondering what I’m palavering about here – what is Midi and why do you need it? – then let me put it briefly here: Midi is the abbreviation for “Musical Instrument Digital Interface” – i.e. a digital interface – a data protocol for musical instruments. Roughly explained, it serves to network and control electronic musical instruments with each other. For example, a large number of sound-generating devices can be controlled via a single keyboard. I will not explain here how the Midi standard works, what the data packets look like and how it looks electrically. As always, there is plenty of information on the web.

Back to the self-made box. At that time I packed the DB50XG in the plastic box and from the “Waveblaster” port, a 26-pin socket strip, led the necessary cables to the outside to start up the Midi board. And that was pretty simple. The board requires a power supply of +/-12V and +5V. There is a Midi-IN and a Midi-OUT (through) pin, a reset pin and two analog audio out pins – one per channel. The table below shows the connector pin assignment:

The whole structure was rather spartan back then. The power supply had to be established via one or more external power supplies. There was no galvanic signal isolation using optocouplers. So I had to rely on the proper setup of the Midi IO controller that I connected to the Amiga. Of course it couldn’t stay like this. And I can’t bring myself not to use the beautiful DB50XG board anymore or to throw it away in the electronic waste. The plan that emerged from this was to develop a new interface board – or to tinker, which should be as universally usable as possible.

It’s been a few years since this idea and I’ve always worked on it a little bit. I thought the interface board should fulfill the following points:

This ultimately resulted in the following circuit diagram. The 5VDC supply of the USB source is routed directly to the 5V supply of the midi board. The +12V/-12V that are also required are generated by a DC/DC converter (TMR0522). This is supplied on the input side by the 5V mains. The optional “external” voltage input goes to a LM2596ADJ. This is a step-down voltage regulator that can work with input voltages up to 40V. The regulated output side is available in many areas. I have integrated the ADJ (Adjustable) type into the circuit here, as I have a few of them in the assortment box. The voltage source can be selected with a jumper on the board. Based on this circuit diagram, I created a layout and initially produced it in my own etching bath. The result was the following circuit board, which served as a test setup. Technically, the board worked perfectly, but I didn’t like the arrangement of the components. I placed the step-down converter and coil on the back. The distance between the connection sockets was also too close together for me. And how you do it as a PCB layouter – you always do a second design. So also it is this time. The test setup with a fitted Midiboard can be seen in the image below. The midi signal as a test source comes from the PC and is generated by a USB midi adapter from the Far East.

So sat down in front of the computer again and redrawn the layout. The following version came out. I then ordered this version from a circuit board manufacturer. The finally manufactured printed circuit board then looks like this. Below she can be seen with the DB50XG board attached.