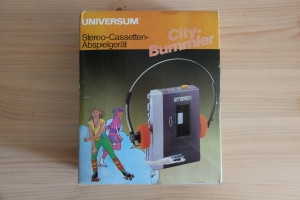 From the early 1980s comes the “City Bummler” a mobile, portable cassette player – in short a Walkman. At that time, I received it as a Christmas present during my middle school years. The special feature of this device was a built-in microphone and two headphone ports. So you could listen to music in pairs and if you wanted to say something without having to remove the headphones (or to reduce the volume), so you had to press only  an orange colored button and the intercom was active. The device was sold as a low-priced “replica” version of the first Walkman from Sony, the TPS-L2 which came on July 1, 1979 on the market. The citybummler was distributed by UNIVERSUM via the source mailer.

The device was delivered in a box with headphones, cassette pocket and carrying case with strap. For operation, three AA size 1.5V batteries were needed. The volume control is carried out with two separate sliders, so that each channel can be controlled separately. Unfortunately, the city loafer has not passed the last 35 years quite unscathed. Over time, the cassette cover was broken off, which I then replaced in my youth with a homemade tinplate lid. At some point I did not like the case color and I painted the device green. (or I just had green paint at hand). At least the “loafer” still exists and it works too. 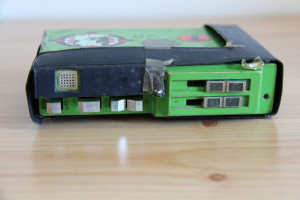 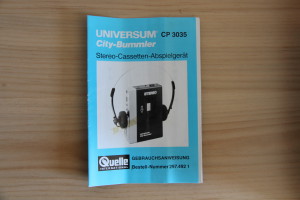 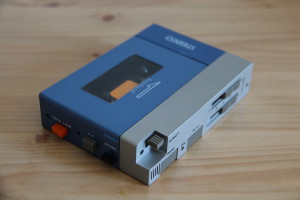 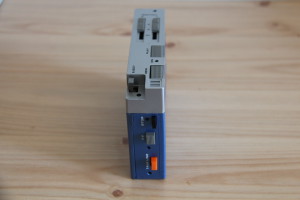 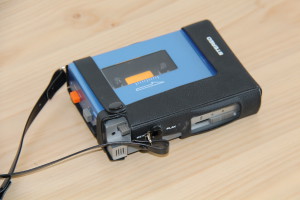 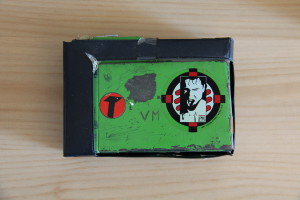 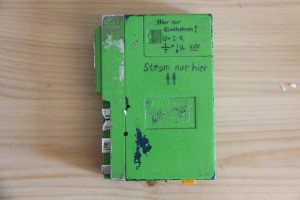