This beautiful, small, new piece of technology from the eighties has been added to my collection. It is a small tube radio receiver with radio part called CIRT-2097T from the manufacturer Broksonic (according to Internet research it is an US company). The device I received with the attribute „defective“ quite cheap on a flea market platform. So I thought, the risk can be taken and risk a repair attempt. What great things can not be broken – if it’s not just the picture tube.

After a short functional test with the plug-in power supply, it soon became clear that nothing was working. No picture – no sound, no nothing. Since the device also has a battery compartment, I next wanted to try to feed the power via the battery terminals to see if there may already be a problem. And there it was already – the problem. The battery cover was almost impossible to get off, it held as glued. After some back and forth, I got the lid but then non-destructive and it revealed the cause of „jamming“ or better „gluing“. There were still batteries in the battery compartment (probably for 20 or more years). They were in a bad condition, totally corroded and leaked. In part, the outer coat of the cell was corroded and no longer available. Oh dear – I thought, hopefully the leaked dielectric did not move inside the unit and did damage there. There was nothing left for me to do but to disassemble and check everything. And then the evil manifested itself: 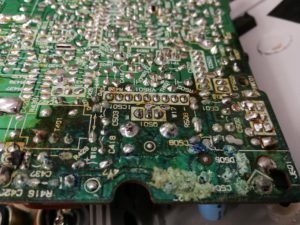 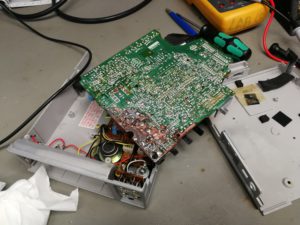 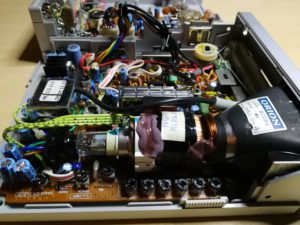 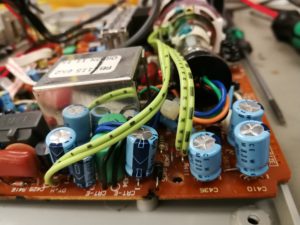 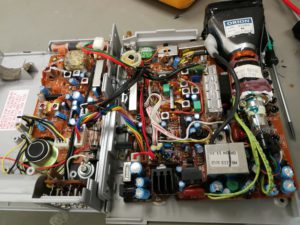 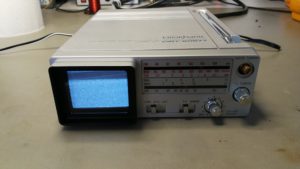